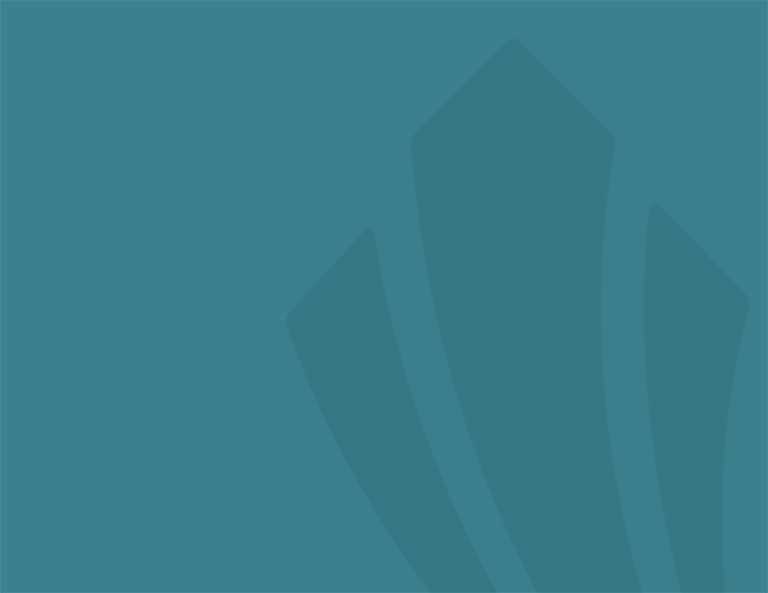 We feel lucky to do what we do!

The Graduation Alliance team comprises educators and innovators from across the country — and from a tremendous diversity of social, cultural, academic and professional backgrounds.

Among those in Graduation Alliance’s ranks are individuals with doctorates and master’s degrees and even those who themselves dropped out of high school. Graduation Alliance’s employees have backgrounds in teaching, administration, curriculum development, social work, counseling, website design, computer science, economics, journalism, government service, public safety, non-profits, music, engineering, business development, investing, marketing, communications, retail sales, fast food and the military. Regardless of where they came from, every member of the Graduation Alliance team works for one common goal: Advancing lives through the power of education. Here are some of their stories: 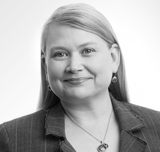 Prior to joining Graduation Alliance, Joanna had spent a majority of her professional career marketing higher education degree programs at both EmbanetCompass (Pearson Embanet) and the Rollins College Crummer Graduate School of Business. In addition to marketing, Joanna has managed full service creative departments to include technology, UX, design and content teams. She has a passion for seeing students thrive and connecting customers to solutions.

Joanna earned her degree in advertising and public relations from the University of Central Florida. 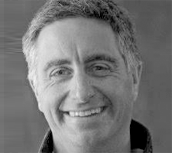 Andy Cusimano has primary responsibility for Graduation Alliance’s program delivery and operations. Prior to joining Graduation Alliance in 2010, he spent two decades understanding, delivering and consistently improving customer experiences in a variety of sectors. As a marketer, project manager and systems creator, Andy’s expertise has been an integral part of the success of companies that have appeared on Inc. Magazine’s fastest growing company rankings and have been honored with PSMJ’s Circle of Excellence award for best managed companies.

Prior to joining Graduation Alliance, Andy was chief operations officer of Jack Johnson Company, a multidisciplinary professional services firm in Park City, Utah. Additionally, Andy was the founder and president of Mountain Eye Creative, a marketing and graphic design firm catering to the professional services industry. Andy received his M.B.A. from the University of Utah and a Bachelor of Civil and Environmental Engineering from Vanderbilt University. 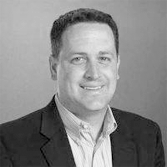 Greg Harp joined Graduation Alliance after a series of executive positions within the education market including tenures at Compass Knowledge Group, LoudCloud Systems, and Academic Partnerships.

Most recently Greg was the CMO, for LoudCloud Systems an educational analytics firm for both K12 and Higher Education markets; LoudCloud was sold to Barnes & Noble Education in early 2016. Greg came to the education industry after a successful career at Gallup where he was an associate partner.

Greg earned his Master in Business Administration from Regent University. 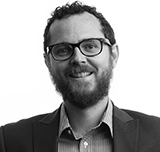 Vice President of Learning and Innovation

Jeff Kissinger’s professional life has been immersed in education, mentoring, online administration and curriculum development. In addition, he has continued to teach online for the part 15 years in the areas of teacher preparation and instructional design. Once a special education adaptive technology specialist and high school teacher, Jeff received a master’s in curriculum and instruction as well as a masters in special education from The University of Florida. After teaching in K12, he went on to lead instructional design teams in the industry and education.  Fascinated by the learning affordances of situated cognition and mobile technologies, Jeff completed his dissertation research on the learning experiences of students within a mobile learning model.

Passionate about access-enabling missions, methods, and learning technologies, Jeff has worked and consulted nationally and abroad in the areas of instructional design, educator development and mentoring, online/blended learning, and mobile learning. Most recently, Jeff comes from Rollins College in Winter Park Florida where he mentored faculty and launched their first online program in instructional design. He also designed and launched a university-wide faculty development and mentoring program at The University of The West Indies. 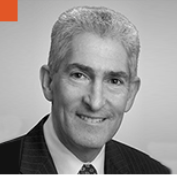 Ron joined Graduation Alliance having held a series of executive positions within the education market and following three decades of leadership experience inside the business solutions sector.

Between 2013-15 Ron served as Interim COO at Academic Partnerships following an active, five-year history as a member of the board. Earlier he led Cambium Learning Group, a K-12 curriculum and services company, as Chief Executive Officer following the firm’s acquisition of Voyager Expanded Learning (where he had been President since 2005). Prior to Voyager, Ron served as President of ProQuest Information and Learning Company.

Ron came to the education market following a successful 27-year career with Dun & Bradstreet, a global business information and technology solutions provider, where he served as Senior Vice President, U.S. Sales and led a segment with more than $900 million in annual revenues. Even earlier at D&B, Ron led Global Data, Operations, and Customer Service in approximately 200 countries and had been CFO and President of Asia Pacific/Latin America.

Ron earned his Master in Business Administration with a concentration in Accounting from New York University. He is the recipient of numerous industry awards, including the President’s Award from the National Alliance of Black School Educators and the Southwest Entrepreneur of the Year from Ernst & Young. 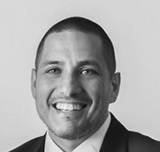 Fernando Moreno has a passion for fixing processes, developing people, and driving performance. Fernando has been in the education sector for more than 14 years. Most recently he was the senior director of student operations for Delta Career Education Corporation, where he oversaw student services and financial aid for four college campuses.

Fernando earned his Juris Doctor from Taft Law School and his B.A. in Sociology from Arizona State University. 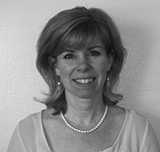 Deborah O’Brien is the principal for Graduation Alliance. Starting as a kindergarten teacher in Washington. She received her bachelor’s degree in elementary education from Central Washington University in June 1991. In August, 1995 she completed a master’s in educational administration at Eastern Washington University. She is certificated by the state of Washington as a K-12 School Principal.

Deborah taught in public schools in Washington state for eleven years. Her administration career has included principalships in middle school, grade school and most recently high school in Washington state. For the past five years, she has served as the school principal for Graduation Alliance and oversees the teachers and mentors who work with students who cannot or will not return to traditional school settings. 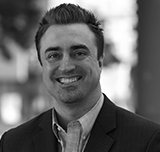 With more than  15 years of experience in the education industry, Will Poulson’s responsibilities at Graduation Alliance include the direct management and oversight of many of the student-facing operations including enrollment, retention and curriculum. Prior to joining Graduation Alliance in 2015, Will oversaw one of the largest third party health care enrollment service providers at Academic Partnerships in the United States. Will’s expertise includes building high-performing teams, developing a structured approach to recruiting, identifying and consulting on key operational areas, and using respect and integrity to develop a winning culture.

Will received his M.B.A. from Louisiana State University, Shreveport. 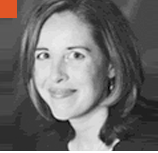 Rebekah Richards is a co-founder of Graduation Alliance. She has worked in online high school education since 1999, and has been involved in the early stage planning and implementation of numerous public and private online high schools throughout the country, including Colorado Online Learning, Connecticut’s Adult Education online program, The Online Latin School, and Insight Schools, Inc. As the Chief Academic Officer for Graduation Alliance, Rebekah oversees education program development and policy initiatives.

Rebekah is a frequent speaker on dropout recovery and prevention and the use of online learning to address the needs of at-risk students. She has been featured at national and international conferences on topics including dropout recovery best practices, online learning for students with learning disabilities, online instructor training, learning management systems, training complex cognitive skills, and instructional message design. She is also very active in dropout recovery public policy initiatives, having collaborated with legislators in multiple states on policies giving school districts the ability to better serve opportunity youth. 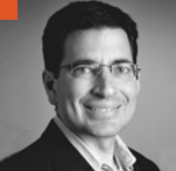 Gregg Rosann is a co-founder of Graduation Alliance. He has more than 25 years of experience in software and systems integration across a variety of industries, with expertise in developing customer self-service applications in the U.S. public sector. At Graduation Alliance as president and CTO, Gregg is responsible for the technology platforms that deliver education to our students.

Previous to Graduation Alliance, Gregg served as Vice President of Software Engineering at Tomax Corporation, where he led the development of the company’s flagship product. Gregg also spent 15 years at American Management Systems, where he successfully delivered a series of large and innovative technology projects to state and local government agencies across the country. He specialized in systems that delivered significant cost savings and operational efficiencies, and managed customer-facing projects in the company’s state, local and federal defense business units.

Gregg received his B.S. in electrical engineering from the University of Connecticut, and his M.S. in science instrumentation from the University of Utah. He was an entrepreneurship associate at the Lassonde New Venture Development Center at the University of Utah’s David Eccles School of Business, and maintains advisory board roles at the university’s Lassonde Entrepreneur Institute, the Professional Master of Science and Technology program, and the Technology and Venture Commercialization Office. Gregg also serves as Board President at the Salt Lake City Jewish Community Center. 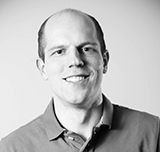 JC Tenney has been an integral part of Graduation Alliance since joining the team full time in 2008. He currently manages the IT department in support of the millions of students and school administrators that use our systems. JC oversees development of the company Student Information System that is used to ensure students are able to be successful in the program. JC also has direct management and oversight of Graduation Alliance’s exploration and planning platforms, its customized learning management system, and student data warehouse.

Prior to joining the team, JC was a freelance developer working on several small projects in the medical education and search engine optimization spaces. He is passionate about exploring new, cutting-edge technologies and applying those technologies to help change student lives. JC graduated with Honors from the University of Utah with a degree in Computer Science.