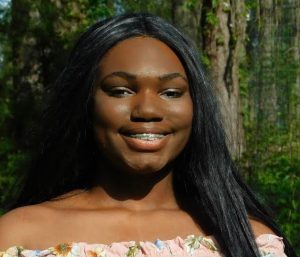 “I had kind of given up,” Grace said.

Grace’s school counselor knew that Grace was smart, capable and hard-working. She simply needed another path. That’s why the counselor directed Grace to the Ann Arbor School District’s Graduation Alliance program — one of dozens of programs in Michigan aimed at giving students a flexible and supportive environment away from the traditional school structure.

“Instantly I could see this was going to work really well for me,” Grace said. “I’m an independent person, and I could do a lot of the work on my own.”

Quickly, Grace could feel her confidence growing. With that, she said, came a change in her mental health.

“It really improved my mental health,” she said. “Just knowing that I was capable of doing something completely changed my outlook.”

It wasn’t long before Grace was caught up in her studies, but she didn’t slow down there. “I graduated early,” she said. “So now I’m going be going to college.”

She’ll start at a community college near her home. After building up some credits, she said, she wants to attend a university in California or New York, where she hopes to study nursing.

She knows that she’s not done fighting for her mental health, but she feels as though she has turned a corner. “I think I’m going to be OK,” she said. “It will definitely be hard. No doubt about that. But I know that I can apply myself. I know I can get it done. And because I know that, I know I’m not going to give up.”