Goal-setting is hard for many students, but it couldn’t be more important.

That might seem strange to some folks — goal-setting is just a matter of picking something you want and going after it, right? But educators understand that, for many young people, attaching an objective to the steps needed to achieve that objective is as foreign as another language. 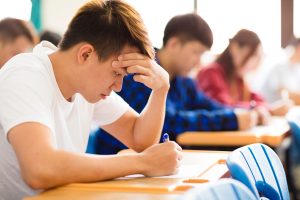 But just like another language, students learn how to set goals.

That’s what we were able to offer Jonathan, in partnership with his school district. And it didn’t take long before he not only knew how to set goals, but had made some really great ones.

Jonathan, the eldest of four children, had grown up cooking for his family. And since money was always tight, he told us, he often had to get very creative. In his junior year of high school, as a result of his expanding resiliency skill set, he decided to put these skills to use as a chef, and made a goal of getting accepted into a culinary arts academy as soon as he graduated.

He met that goal, and has since set another one: By his 28th birthday, he says, he wants to open his own restaurant.

Goal-setting is a key dimension discussed in our empirical research report, which you can request — for free — by clicking here. In doing so, you’ll be in a better position to help students like Jonathan identify and go after what they want in life.