For More Than a Decade, Most Schools Have Been Ignoring the One Thing That Could Substantially Impact Graduation Numbers 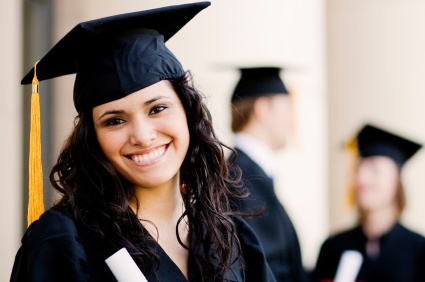 More than a decade has passed, but “The Silent Epidemic” continues to resonate. The seminal report was one of the first research products to bring long-held concerns about the nation’s lagging high school graduation rate to mainstream America.

It highlighted the troubling differences in graduation rates between our nation’s “haves” and “have-nots.” It emphasized that students who drop out are often stuck in an inter-generational cycle of poverty and despair. It noted the interminable social and economic costs of a problem few policymakers had even considered. Today, these are largely mainstream ideas.

Yet one of the report’s key findings has been slow to gain traction, and has even been widely ignored.

“In hindsight,” the report’s authors wrote, “young people who dropped out of school almost universally expressed great remorse for having left high school and expressed strong interest in re-entering school…”

According to the report, 76 percent of people who left school without graduating, said they would re-enroll in high school if they could.

If they could. Most couldn’t. Very few districts had programs set up for students who wanted to return after leaving. Worse, very few districts actively worked to stay in contact with individuals who had been designated as “dropouts.”

Sadly, that’s still the case today. While research shows that the overwhelming majority of school districts offer some form of credit recovery, most still don’t have a dropout recovery program, and even fewer are proactively working to recruit disengaged students back to school.

Hundreds of thousands of students leave school each year before earning a diploma. The overwhelming majority of them decide within a matter of weeks or months that they would like to come back.

Our latest report calls on school leaders across the country — both those whose districts have lots of disengaged students and those whose districts have relative few — to consider what they can do to make re-entry easier for students who overwhelmingly say they’d like to come back. It also covers the steps district leaders can take to make sure they have a recovery program that is inviting, inspiring and effective.