A Vocal Administrator Got Us Thinking About ‘Good’ And ‘Bad’ Graduation Rates. Here’s What We Learned. 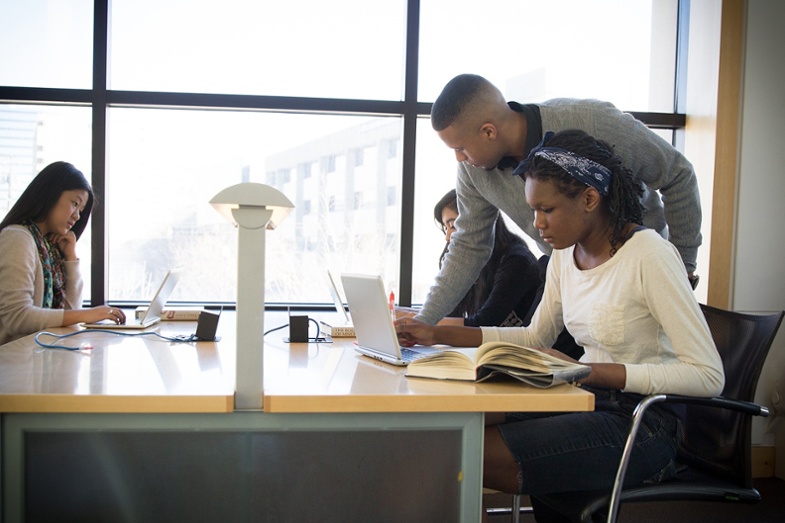 We haven’t ever literally shouted it from the rooftops, but in our quest to raise awareness of the need to support over-aged and under-credited students — especially those who have left school or are at risk of doing so — we’ve done pretty much everything short of that.

We’ve met with political and educational leaders across the country. We’ve gone door to door in communities from coast to coast. We’ve sent out letters, postcards, and research reports.

Earlier this year, we sent an email to school district leaders across the country. The premise was simple: “The dropout problem is real, and when a problem is real, it is not enough to simply reflect on it. Action must be taken.”

At least one administrator, however, didn’t think we had anything to offer his students. He wrote to tell us that his school district consistently enjoys graduation rates in the high 90s. “So it’s not ‘real’ everywhere.”

Sure, it was a feisty reply, but we really appreciated his candor — because it got us thinking. Maybe we don’t need to be trying to reach out to. Maybe we only need to focus on districts with “bad” graduation rates.

Then we took a closer look that administrator’s district. And we learned that the graduation rates were indeed quite high. Yet in a community that enjoys every imaginable advantage — high household income, low poverty, and much higher-than-average per pupil funding — just about every freshman classroom still has a student sitting in it right now who won’t be graduating in four years.

That prompted us to examine 100 top-performing school districts in the country. When we did, we learned that every single one of them had “good” graduation rates — and that every single one of them also had students who weren’t graduating on time, or at all. Individually, it might not seem like a big problem. But collectively, that’s a lot of kids our society is leaving behind.

Our latest report makes the case that every school leader has a role to play in helping disengaged students to re-engage, and it argues that no single dropout prevention or recovery strategy is enough. No matter if our graduation rates are “good” or “bad,” we can all do more.